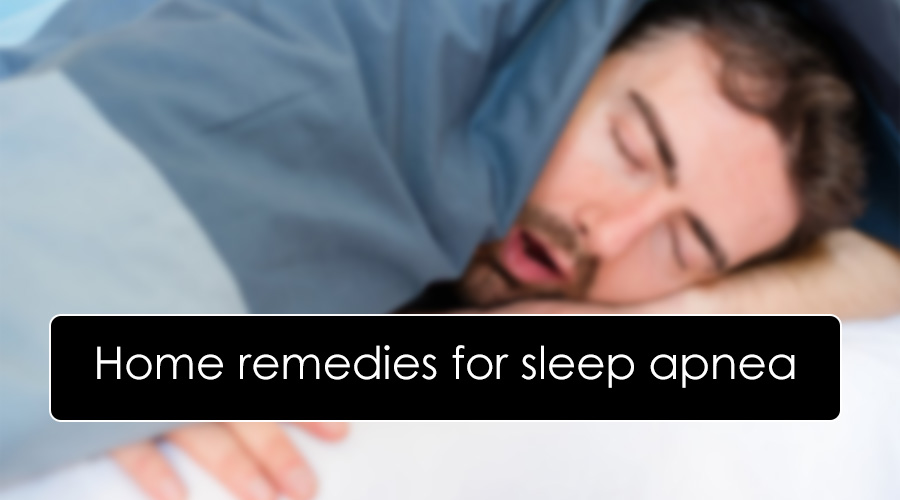 Sleep apnea is a sleep condition or disorder in which people stop breathing during sleep. It can happen when the airway becomes blocked, causing sleep to become restless and disturbed. The condition can affect an individual’s daily routine as it causes excessive daytime sleepiness. There are many home remedies for the condition, but a few that have been found to be helpful include using a humidifier in the bedroom, wearing a mask during sleep, avoiding caffeine and alcohol before bed, and using a CPAP machine.

There are many natural remedies for sleep apnea, but the most effective treatments vary depending on the person’s symptoms and the severity of the condition. The best way to find out if you have it and treat it is through an evaluation by a doctor.

What is sleep apnea?

Sleep apnea is a sleep condition that affects breathing. People with this condition stop breathing for brief periods during their sleep. These pauses can last for several seconds or longer and can interrupt sleep. This can happen many times during the night. As a result, these people may not get enough restful sleep.

The condition is a common problem, and it’s estimated that about 25% of adults have some form of sleep apnea. You may have sleep apnea if you snore loudly and heavily, and you feel tired during the day. It can cause health problems, such as high blood pressure, heart disease, and diabetes.

Central sleep apnea. Central sleep apnea(CSA) is a sleep condition, one of the most common types of sleep disorders in which breathing is interrupted frequently during sleep. People with CSA often experience loud snoring, gasping breaths and restless sleep. Left untreated, CSA can lead to serious health problems, including heart disease, stroke and diabetes.

The condition is caused by a combination of factors, including genetics and lifestyle choices. Some of the most common causes are obesity and large tongue/mouth. Other causes include muscle weakness and other medical conditions such as enlarged tonsils, a deviated septum, and an obstruction of the airway caused by an enlarged tongue, a tumor, or a severe snoring problem.

There is no one cause of sleep apnea, but it can be caused by problems with the throat (throat muscles), nose, or mouth. Sleep apnea often goes undiagnosed and untreated because it doesn’t always cause symptoms.

Sleep apnea is a sleep condition in which people stop breathing repeatedly during sleep. It can cause severe problems with daytime functioning, including driving and working. There are many different sleep apnea symptoms, but some of the most common are snoring, chest pain, fatigue, and headaches. A sleep study can help identify whether someone has sleep apnea and whether it’s causing any problems.

Obstructive sleep apnea is a common disorder that affects up to 25 percent of adults. The primary symptom of this condition is difficulty breathing during sleep, which can lead to daytime fatigue and headaches. There are many sleep medicine available for the condition, but some people find that natural remedies work better for them. Here are six home remedies for obstructive sleep apnea:

Raise the head of the bed

If you suffer from sleep apnea, you may be tempted to try various remedies before seeking professional help. But according to a study published in the journal Sleep, one of the most effective solutions is simply raising the head of your bed. You might be able to improve your sleep by raising the head of your bed. Raising the head of the bed can help to keep your airway open while you are sleeping. The United States Sleep Foundation recommends that adults use a raised bed at least six inches higher than their regular bed. The findings suggest that this simple adjustment can lead to significant improvement in the symptoms of many people.

Excess body weight is one of the common causes of sleep apnea. The condition is common in overweight or obese people and can be a major cause of obesity-related health problems, such as diabetes. However, there are several weight loss techniques that can help treat the condition. Some people find that wearing a CPAP machine at night helps them lose weight. Others find that they can trim down some weight by following a healthy diet and exercising. There are also treatments available that help people shed weight without needing to wear a CPAP machine.

Didgeridoo playing has been found to be an effective obstructive sleep apnea treatment. The instrument is particularly helpful for people who are resistant to traditional treatments such as CPAP machines. Didgeridoo playing can help improve breathing and reduce snoring, making it a popular choice for those who suffer from the condition.

Didgeridoos are tubes of wood, metal, or plastic that are blown into by the wind and used to create a variety of sounds. One of the popular uses of didgeridoos is to play them to treat sleep apnea. Didgeridoos can help people with snoring and breathing problems because they produce a low-pitched noise that helps people fall asleep. Didgeridoos are easy to transport and can be played anywhere, making them a convenient treatment option.

There are many devices that can be used to correct sleep apnea. Oral appliances such as a mandibular advancement splint or a dental appliance called a continuous positive airway pressure device (CPAP), are two of the most common. These appliances help to keep the airway open during sleep by either preventing the soft tissue in the mouth from collapsing or by applying pressure to the airway. Oral appliances are often less invasive than CPAP and may be more comfortable for users. Other oral appliances, such as mouthpieces are sometimes prescribed to sleep apnea patients as well.

Sleep apnea significantly increases the risk for heart disease, stroke, high blood pressure, diabetes, and obesity. There are a number of healthful lifestyle changes that can be made to remedy sleep apnea. These changes may include: avoiding alcohol and caffeine, getting enough exercise, wearing a proper mask at night, reducing stress, and using a humidifier in the bedroom. Proper sleep apnea treatment can include devices such as snorers alarms or continuous positive airway pressure machines.

In conclusion, while sleep apnea may require medical treatment, there are home remedies that can help to alleviate the symptoms. Try some of these remedies and see if they work for you. If the symptoms persist, however, be sure to consult with a doctor.