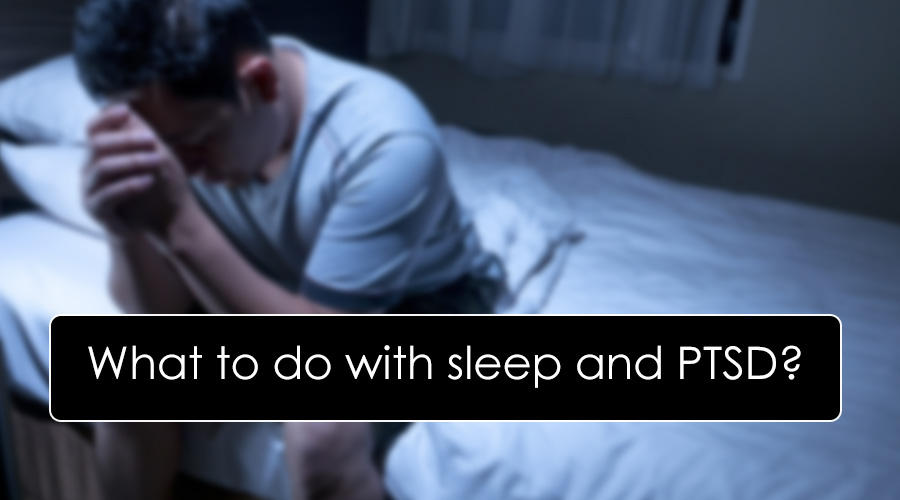 Many people with post-traumatic stress disorder (PTSD) find that sleep is difficult to obtain or maintain. People with PTSD may have trouble falling asleep, have problems staying asleep, suffer from restless nights, and have nightmares. There are many things that people with PTSD can do to improve their sleep, but it is important to talk with a doctor or therapist about what will work best for them.

Post-traumatic stress disorder (PTSD) is a mental health condition that can develop after exposure to an event that is traumatic, such as a death or serious injury. PTSD can cause intense fear, anxiety, and memories of the event to resurface. People with PTSD may have difficulty concentrating, feeling irritable, experiencing sleep problems, and feeling overwhelmed. In some cases, people with PTSD may become suicidal.

The connection between PTSD and the brain

There is a strong connection between posttraumatic stress disorder (PTSD) and the brain. Studies have shown that PTSD changes the way the brain functions, both structurally and chemically. These changes can cause problems with memory, emotions, and thinking. They can also lead to PTSD symptoms such as flashbacks, nightmares, and irritability.

Acute stress disorder (ASD) is a serious mental illness that occurs when an individual experiences a traumatic event that is too intense or prolonged to be covered by another mental disorder. PTSD is a type of ASD that can develop after a person has been exposed to a horrifying event, such as rape, war, or natural disaster. Both conditions are associated with significant distress and risk for long-term psychological problems.

Sleep disturbances are common in people with PTSD. In fact, about 60-80% of people with PTSD report problems with sleep. There are several ways that sleep issues can affect PTSD symptoms. First, difficulty falling or staying asleep can increase anxiety and arousal levels, which can worsen PTSD symptoms. Second, poor sleep can lead to fatigue, which can also aggravate symptoms. Third, the stress of dealing with sleep problems can add to the burden of living with PTSD. Finally, there is some evidence that chronic insomnia may actually cause changes in the brain that make it more difficult to recover from PTSD.

Sleep deprivation is a well-known risk factor for developing PTSD. A study published in the January issue of the Journal of Clinical Sleep Medicine found that people with PTSD are more likely to experience sleep problems than people without the disorder. The study used data from the National Comorbidity Survey Replication, which is one of the largest studies of mental health disorders in the United States.

There is growing evidence that interrupted sleep, particularly REM sleep disturbance (fragmented rem sleep), maybe a contributor to the development of PTSD. REM is the most common type of sleep, and it is characterized by rapid eye movement (REM) activity. During REM sleep, individuals tend to move their eyes rapidly back and forth and may experience intense dream hallucinations. Some scientists believe that REM sleep is important for learning and memory formation.

The reciprocal relations between sleep disturbances and PTSD suggest that disturbed sleep constitutes a causal factor in PTSD. This causality is partly based on sleep’s role in memory consolidation and emotion regulation. While memory consolidation takes place during both slow-wave sleep (SWS; deep non-REMS) and REMS, the processing of emotional memories is thought to happen primarily during REMS.

Poor quality sleep can lead to increased levels of stress hormones and neurotransmitters, which can damage the brain and lead to PTSD-like symptoms. Additionally, insufficient sleep can also lead to decreased hippocampal volume and function, which have been linked with PTSD symptoms.

How does PTSD affect sleep?

PTSD can have a significant impact on sleep. PTSD patients may have sleep problems including difficulty falling asleep, waking up frequently during the night, and feeling exhausted after a full night’s sleep. Nightmares are also common in people with PTSD, and they can disrupt sleep significantly. The link between PTSD and poor sleep is bidirectional: Poor sleep can worsen PTSD symptoms, and the symptoms can worsen sleep quality. Addressing both problems is critical for helping people with PTSD improve their overall quality of life.

Obstructive sleep apnea and PTSD. OSA is a common sleep disorder that can cause intermittent pauses in breathing during sleep (sleep disordered breathing) and other sleep problems. These pauses can lead to mild to severe sleep deprivation and increased risk for cardiovascular disease, stroke, and diabetes. The condition is also linked to increased rates of PTSD. A study published in the journal Psychiatry Research found that nearly one-third of people with PTSD also have sleep problems leading to the condition. The researchers suggest that treating both conditions may improve symptoms and reduce the risk for other health problems.

The effects of PTSD on sleep

Sleep tips for partners of people with PTSD

Sleep deprivation is a common issue for partners of people with PTSD. Here are some tips to help you get a restful sleep:

Post traumatic stress disorder, or PTSD, is a mental health condition that can develop after someone experiences a traumatic event. Symptoms of PTSD can include flashbacks, nightmares, severe anxiety, and depression. While there is no cure for PTSD, there are treatments that can help people manage their symptoms. Some common treatments for PTSD include therapy and medication.

Posttraumatic stress disorder (PTSD) is a mental disorder that can develop after exposure to a traumatic event, such as sexual assault, war, or natural disaster. People with PTSD often have flashbacks, nightmares, and intrusive thoughts about the event. They may avoid people or places that remind them of the trauma, and feel constantly on guard or numb.

There is no one-size-fits-all treatment for PTSD. Some people may benefit from medication, therapy, or a combination of both. Cognitive-behavioral therapy (CBT) is the most common type of therapy for PTSD. It involves talking with a therapist about your thoughts and feelings related to the traumatic memories. It helps you learn to change unhelpful thoughts, feelings, and behaviors. You may also find it helpful to talk with a counselor or support group or do activities that help you cope with your symptoms, such as exercise or hobbies.

Imagery rehearsal therapy (IRT). Rehearsing imagery can be an effective treatment for PTSD. Imagery rehearsal therapy (IRT) involves repeatedly imagining positive memories or experiences. IRT has been found to be more effective than other treatments, such as cognitive restructuring and relaxation training, in treating PTSD. The technique has been shown to improve symptoms such as avoidance, intrusive thoughts, and flashbacks.

PTSD, or Post Traumatic Stress Disorder, is a mental health condition that can develop after someone experiences or witnesses a traumatic event. Symptoms of PTSD can include flashbacks, nightmares, severe anxiety, and depression. There is no one-size-fits-all treatment for PTSD, but many people find relief from medication. Some of the most common medications prescribed for PTSD are antidepressants and anti-anxiety medications. While these medications can be helpful for some people, they may not be right for everyone. It is important to talk to your doctor about the best treatment plan for you.

PTSD medication is related to the treatment of patients’ other underlying conditions. As part of this, it is very important to treat any other psychiatric conditions. These may include depression, anxiety, panic disorder, and alcohol or substance abuse. Effective medications for these problems may include selective serotonin reuptake inhibitors (sertraline, paroxetine), tricyclic antidepressants, and monoamine oxidase inhibitors. 18 An especially useful treatment for the nightmares associated with PTSD is prazosin. In addition, medications such as olanzapine, risperidone, and quetiapine may be employed.

There is increasing evidence that good sleeping hygiene treatments can be effective in treating PTSD. These treatments include improving the quality of sleep, reducing noise and stress levels, practicing relaxation techniques, and engaging in cognitive-behavioral therapy (CBT) during sleep. To treat PTSD, it is important to maintain good sleeping hygiene practices. These practices include regularly getting enough sleep, avoiding caffeine and alcohol before bedtime, and avoiding stressful situations before bedtime.

The National Sleep Foundationemphasizes that sleep is a habit, so the right changes can help the body adopt healthy sleep habits that offer better sleep. Try the following: Design a comfortable sleeping area, with a firm and supportive mattress and comfortable pillow. Develop a relaxing bedtime ritual. Stick to the same sleep schedule. Following these tips may help people with PTSD to sleep soundly.

In conclusion, sleep is important for everyone, especially those with PTSD. It is essential to get a good night’s sleep to feel refreshed and restored. Not only does sleep help to regulate emotions and improve moods, but it also helps to consolidate memories. For those with PTSD, getting a good night’s sleep is essential for managing the disorder. There are several things that can be done to help improve sleep quality, including establishing a bedtime routine, using relaxation techniques before bed, and avoiding caffeine and alcohol before bed. If sleep problems persist, it is important to seek professional help.